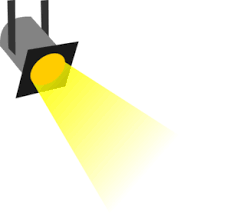 Several members of the Longueville Lodge decided, with encouragement from then ME Grand Superintendant Eric Deung, that there ought to be a chapter bearing the name and so it came to pass, the chapter was consecrated at 5pm on Saturday 19th February 1994 At the Masonic Hall, Bletchley. The ceremony was conducted by E.Comp Eric Deung – M.E Grand Superintendent and assisted by :  E.Comp Harold Hartley, Prov Grand Haggai, E.Comp Roy Fender, Prov Grand Joshua, E.Comp Ernest  Baden Hall, Prov Grand Scribe Ezra, E.Comp Anthony Leaver, Prov Grand  Scribe Nehemiah, E.Comp Peter Erlen , Prov Grand Director of Ceremonies

The primus principals installed that night were

9 candidates for exaltation were proposed that night , including Roger Perry,  John Noakes, and Peter Grimes,

The first regular meeting was held at the Bletchley Masonic Hall on Friday 8th April 1994. There was a ballot for 4 candidates for exaltation: Thomas Ledden, Roger Perry, Leo Kyte and Roy Clarkson. Bros Ledden and Perry were then duly exalted into the Royal Arch in a double ceremony.

The following meeting was an emergency Convocation held on Saturday 2nd July at the Eliot Hall in Winslow by way of dispensation of the M.E Grand Superintendent. It was called in order to reduce the waiting list and waiting times for the candidates Bros Roy Clarkson and John Noakes were then exalted into the Royal Arch in another double ceremony

A very busy year, as the next meeting was held on Friday 14th October, back in Bletchley, and was another double ceremony, this time Bro’s John Owen and Peter Grimes were exalted, and while technically this was the installation evening,  it was agreed that as the Principals had only been installed in February, they should continue in office for another year

Yet another dispensation was sought for the next meeting held on Saturday 14th January 1995, instead of the planned December meeting, and yet another double ceremony was performed – this time for Bros Jeffery Oliffe and Graham Embleton. With a further 3 joining members balloted for and accepted at the same meeting       It was agreed at the committee meeting that the Chapter must try to restrict double ceremonies as much as possible !

There was yet another dispensation for the ceremony on 31st March 1995 when Bro’s George Smart and James Hurrell were balloted for exaltation  into the chapter. With Bro Smart being exhalted on that occasion

Evidently things calmed down a bit by the next installation meeting on Friday 13th October 1995. E.Comp Steve Ramsay was installed as MEZ for the first time, E.Comp EB Hall as H and  E.Comp Bob Smith as J. and E.Comp Ron Everett taking on the Scribe E duties. The accounts for the year 1994 were presented, and there was a ballot for joiner member Comp Philip Layer

The final meeting in 1995 was held on 15th December, where a single exaltation was performed for Bro James Hurrell and there was a ballot for a joining member – Murray Rutherford of Oliver chapter. At the April 1996 meeting Bro Peter Betts was exalted.

At the October 1996 installation meeting E.Comp Don Varney PG Standard Bearer was made an honorary member, and E Comp Walter Perry was congratulated on his recent appointment to Senior London Grand Chapter Rank, and a ballot held for joining Comp Geoffrey Thornes of The Anglo American Chapter no 2191

A dispensation had to be sought retrospectively in relation to             E Comp Baden Hall who had been installed as MEZ at this meeting, due to his currently being still MEZ of the Stuart Chapter no.540. this was duly granted by the Most Excellent First Grand Principal

And we lost to the Grand chapter above :  E.Comp Dennis Taylor, Comp Philip Layer

Moving into the first decade of the new Millennium “the naughties”

And we lost to the Grand chapter above : Comp Peter Wince, Comp James Hurrell

It may surprise you to learn companions that it was 10 years ago this very meeting, when we were honoured  to host the Provincial Grand Superintendent of Warwickshire and his executive team along with the Grand Superintendent of Buckinghamshire and the Buckinghamshire executive – including our guest tonight E.Comp John Stribling who was Asst Grand Scribe Ezra at the time. In total 75 companions were present

And we lost to the Grand chapter above :   E.Comp Bob Power, Comp Hugh Murray – my dear old father in law.

Companions I hope this short history has been of interest, and maybe brought back a few memories of the good times, and perhaps of some members who are no longer with us.