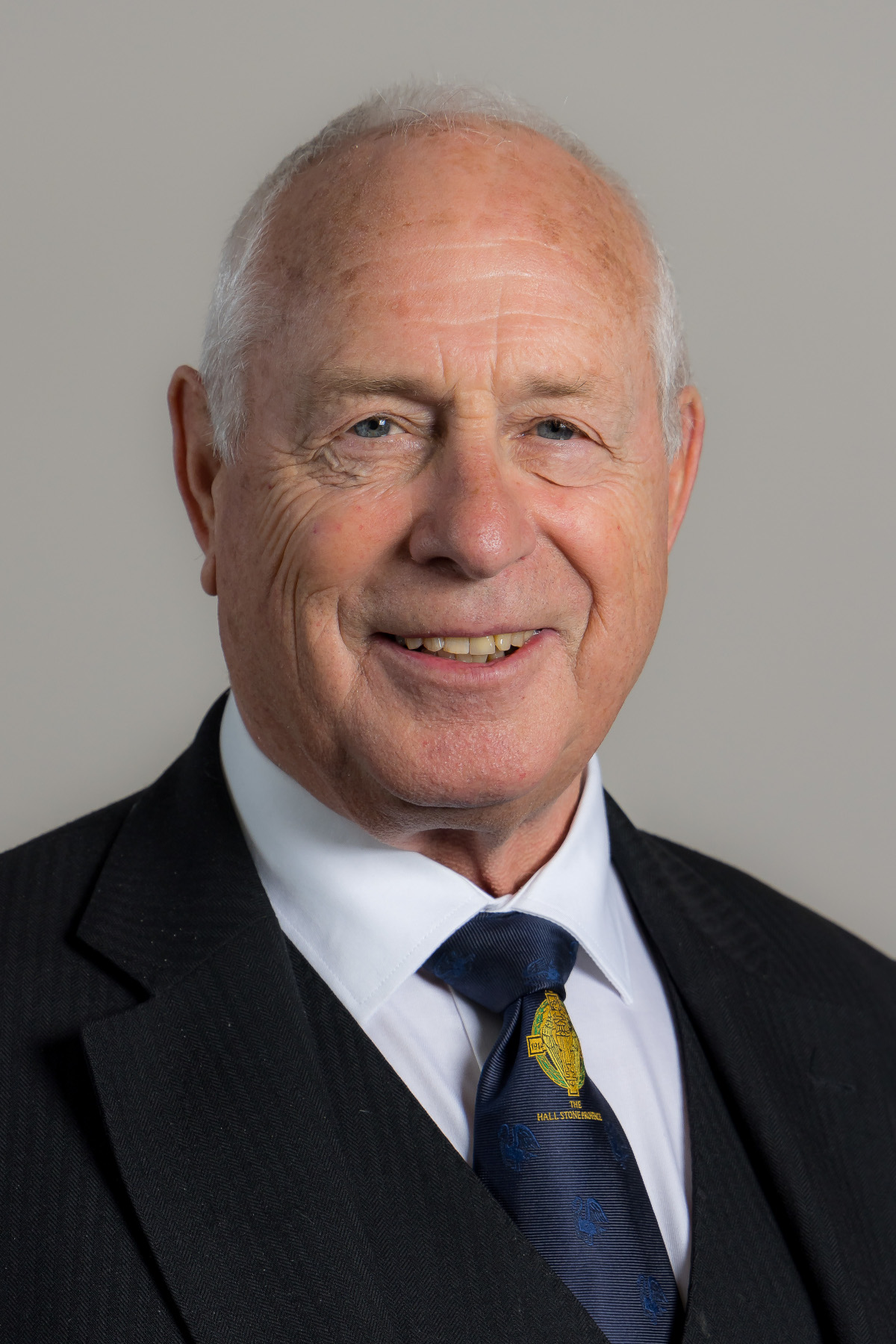 Stephen Knight was born in Fulmer Chase, Bucks in February 1945, he moved to Kent where he attended Chislehurst and Sidcup County Grammar School for Boys. Remarried in 2007 to Julie he has five grown up children and two step sons and has five grandchildren.

He trained at Charing Cross Hospital as an undergraduate of London University, qualifying MBBS, and graduated as a doctor in 1968. He determined on a career in surgery and passed the examination as Fellow of the Royal College of Surgeons of England (FRCS) in 1971, the year his twins were born. After a two-year post at St. Mary’s Hospital Paddington on the Surgical Professorial Unit as Lecturer in Surgery for the University of London, he was appointed as Consultant Surgeon at Wexham Park Hospital in 1981. He was founding Consultant for the Parapet Breast Cancer Unit at King Edward VII Hospital Windsor in 1990. He retired from Surgery in 2014.

Stephen was introduced to freemasonry by the late W.Bro. Ken Pausey, who was at the time a patient, in 1985. Their friendship lasted until Ken died in 2015, Ken proposed him into Observatory Lodge, Slough, 6094 where he was initiated in 1987. He was Master in 1996; the installing master was W.Bro Pausey.

He was appointed Almoner of the Lodge the following year and apart from a short break of two years has been Lodge Almoner ever since.
He was Assistant to the Provincial Grand Almoner 2014 - 2017

Stephen was exalted into Herschel Chapter C1894 in1990, becoming MEZ in 2010, subsequently he was appointed Almoner and reappointed MEZ in 2017. He is also the Director of Ceremonies and Almoner of the Grecian Chapter C3718. He was appointed Provincial Grand Almoner for the Royal Arch of Buckinghamshire in 2014.