The delegations were most warmly welcomed by the Grand Superintendent of Oxfordshire,     E. Comp James Hilditch, his executive and  team of officers. The host Chapter was The Round Table Chapter of Oxfordshire No 9509, meeting at the Bicester Masonic Centre, North Street, Bicester.

All present enjoyed a splendid installation ceremony performed with great sincerity and dignity, during the convocation The Round Table Chapter of Oxfordshire was also pleased to receive from The Carfax Chapter No 5723  the “Travelling Drinking Horn” (The travelling drinking horn is to encourage visiting between Chapters, to extend friendships and to enhance the vibrancy of Chapter meetings, in Buckinghamshire we have the “Travelling Altar of Companionship”).

The convocation was followed by a hearty and happy festive board. Altogether a fine example of the fraternal friendship displayed in the Royal Arch. 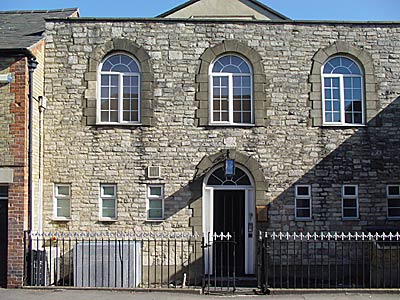