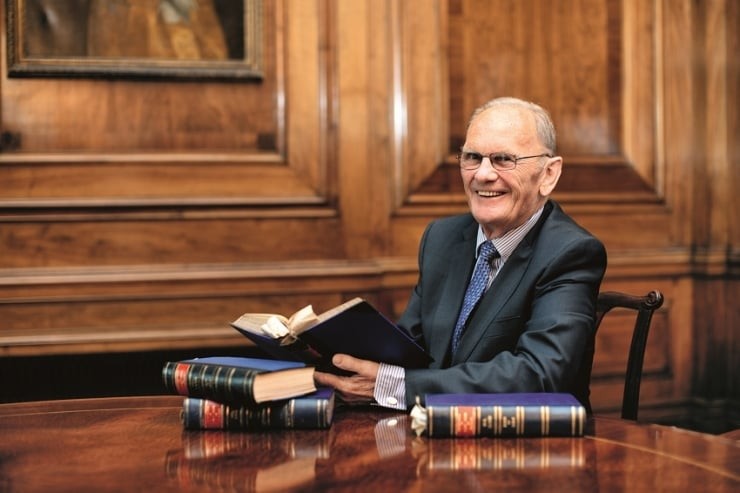 At the meeting Bourne End Chapter were delighted to receive a visit from our Most Excellent Grand Superintendent Graham Peter Dearing accompanied by his Executive and Provincial Officers.

The well attended meeting was very special as well loved Companion and Past Provincial Grand Master, E.Comp Ray Reed, PGSN, was installed as First Principal of the Chapter along with E.Comp William Parish, PDistGSoj (S.Africa.N,) who was installed as Third Principal. H Elect E.Comp David Mote was unable to attend the meeting.

The work in the Chapter Room was to a high standard with Past Grand Superintendent, E.Comp John Keeble acting as Director of Ceremonies, with E.Comp Nick Wilson, ProvGAlm and E.Comp Harry Hunter, PProvGSN ably assisting in the work of the Chapter.

The meeting was followed by a very enjoyable festive board, the high light of which was Ray’s response to a toast given to the First Principal of the Chapter, with a well thought out eloquent speech encouraging a solid and fruitful future for the Chapter.

Good food, toasts, speeches, but most of all good companionship!