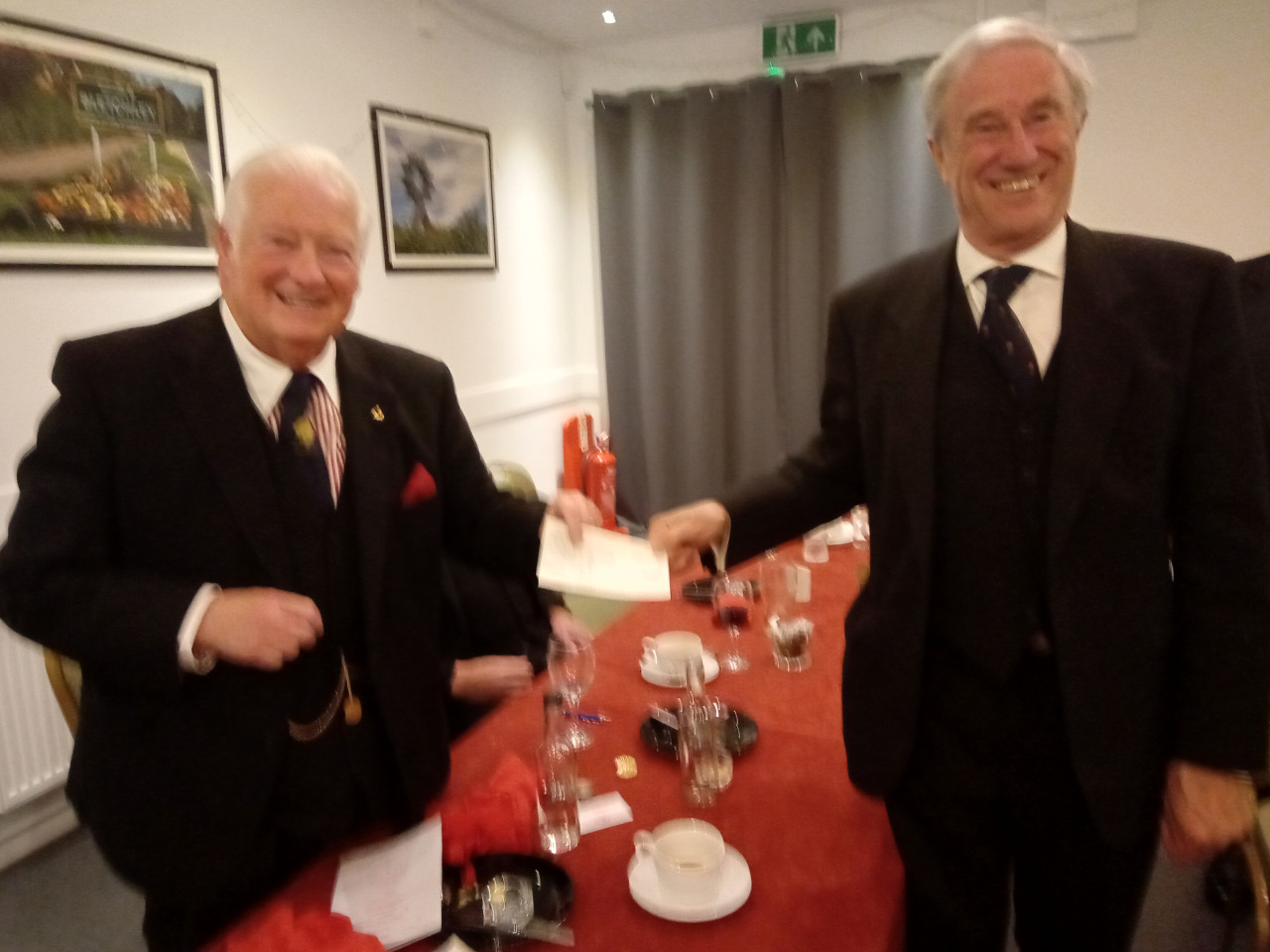 On Friday 29th April, Buckinghamshire First Principals Chapter, held a regular meeting of the Chapter, at Masonic Hall, Bletchley. The meeting was well attended with members from all parts of the Province, Provincial Executive and visitors.

The highlight of the meeting was a lecture by E Comp Rob Soames on "Laurence Dermott", whose outstanding work for Freemasonry in its early years is little known, it is true to say Freemasonry would not be what it is today without his outstanding masonic work. Laurence was born in 1720 and became a Freemason in Ireland in 1741, installed as Worshipful Master of Lodge No 25 in Dublin in 1746, moving to London in 1748, possibly working as a journeyman painter, he would later work as a wine merchant. He served as Grand Secretary of the Ancient Grand Lodge of England, from 1752 until 1771. In 1756 he wrote and published the Book of Constitutions for Freemasonry, which he titled "Ahiman Rezon" (A help to a Brother). In 1771 he served as Deputy Grand Master with his last appearance presiding over Grand Lodge in 1789, dying in 1791.

It was his drive and tenacity that is credited with turning an association of six London Lodges in 1751 into a viable and successful Grand Lodge with Lodges through out England its Colonies, along with influencing the growth of Freemasonry in North America.  The way we administer Freemasonry today can be traced back to "Laurence Dermott".

After the meeting and via the bar the companions dined together, good food, good wine, good company, good speeches, fantastic companionship!

Stephens Flourishing thanks to Amersham!
Michael and Michael Invested as Grand Officers