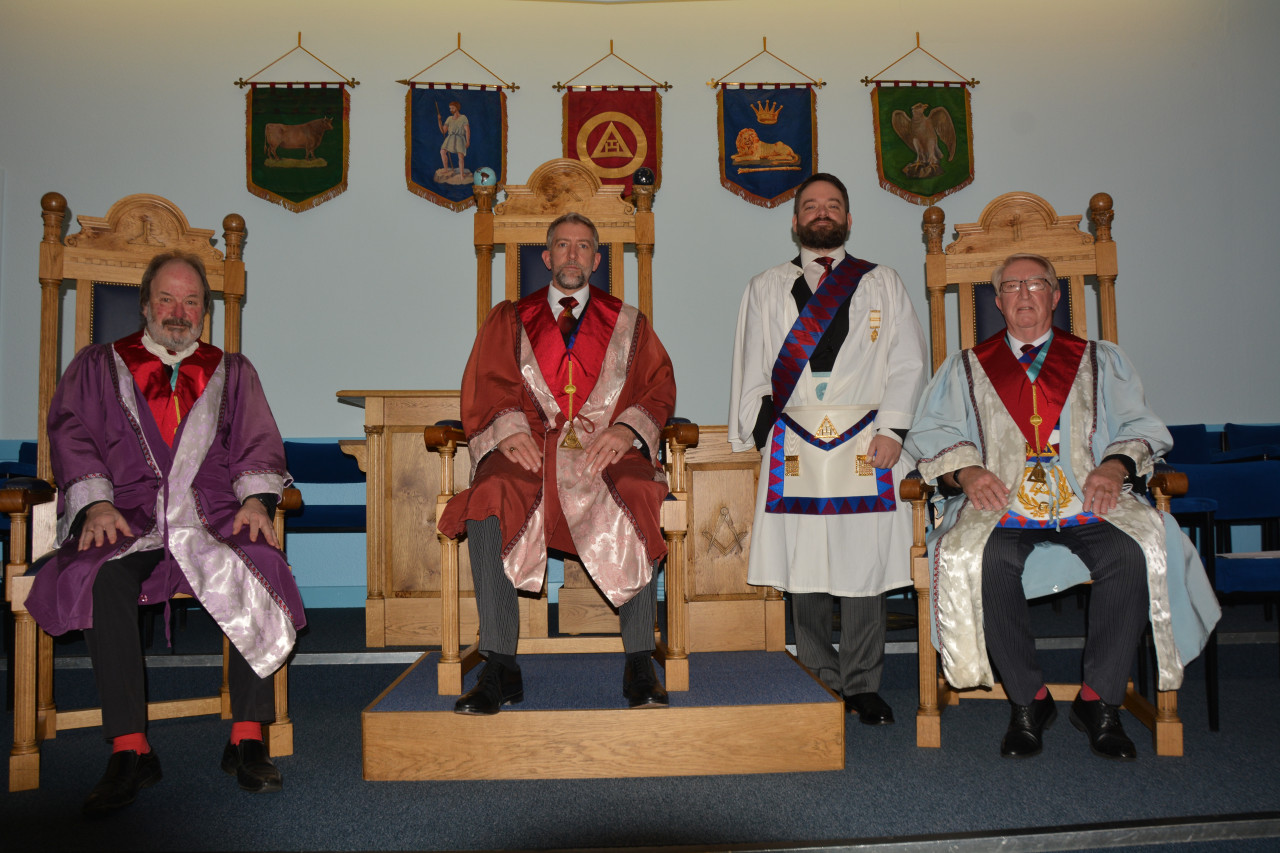 On Tuesday the 7th December 2021, a new companion was exalted into Stewards Chapter. Since the Chapter's consecration in 1992, there have only been six companions to be exalted into the Chapter, as the Chapter is generally only for those who have been appointed as Stewards in the Royal Arch.

Mark Higson. A Craft Steward, appointed in 2020, was exalted into the chapter in a ceremony that all those who were present were suitably impressed with.  Tim Anders Z , assisted by David Beal,  Ray Curd H and  Mike Stephens J were the presiding officers.

After the ceremony, our Most Excellent Grand Superintendent, Graham Dearing warmly welcomed Mark into the Royal Arch and presented him with a copy of the Sojourners readings and an Exaltees guide.