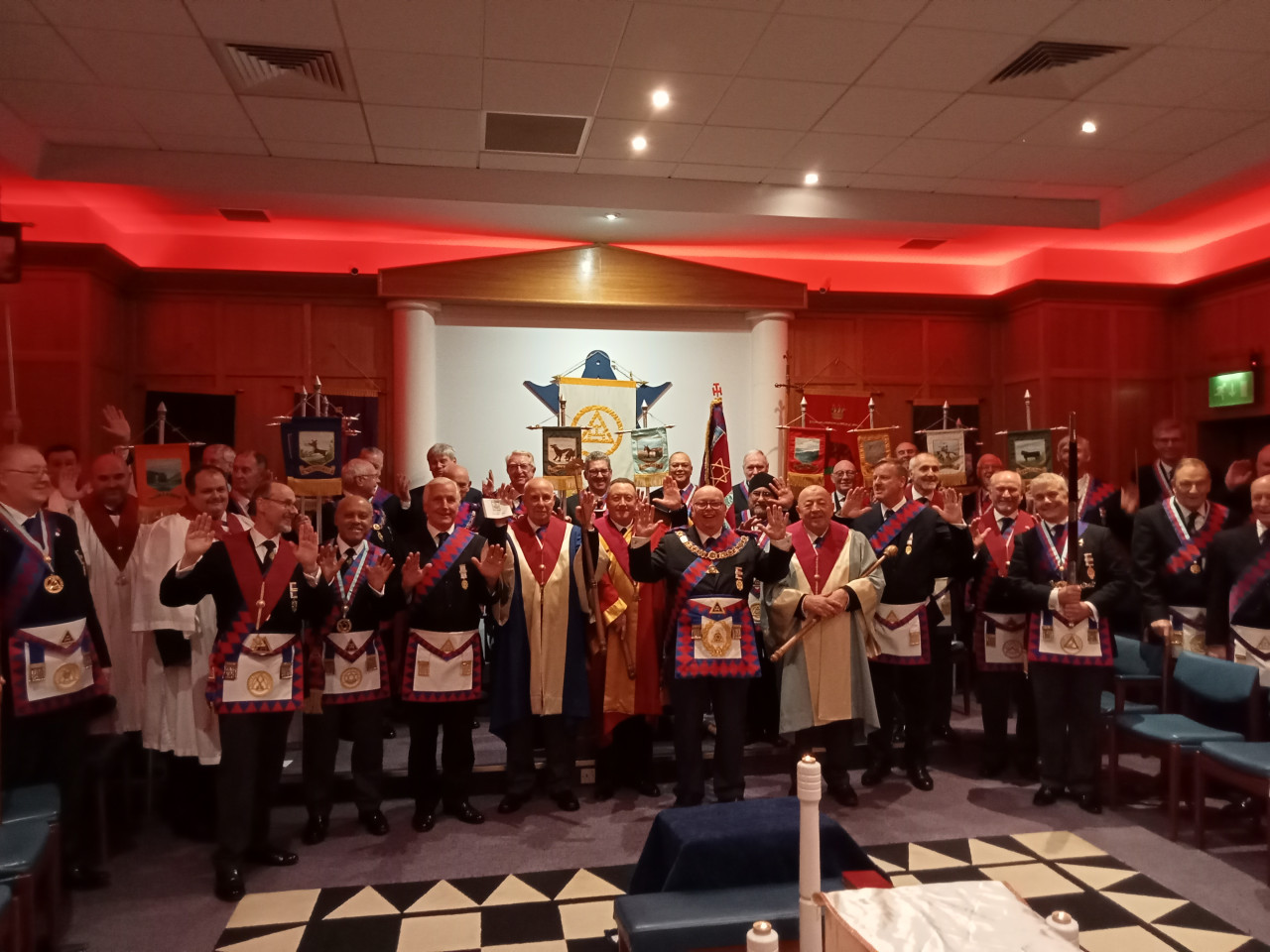 On Friday 11th of November, Wexham Park Chapter held a Regular Meeting at the Slough Masonic Centre. The meeting was very well attended with a visit from our Most Excellent Grand Superintendent Graham Peter Dearing, his executive and acting Officers of the year along with members of Sunnymeads Chapter escorting the Province's Traveling Altar of Companionship to Wexham Park Chapter.

After the minutes of the previous meeting of the Chapter were approved, members of Sunnymeads Chapter escorting the Traveling Altar of Companionship entered and with a short interesting ceremony delivered the Altar to Wexham Park's MEZ, for safe keeping and for its onward travel to Hall Barn Chapter on Tuesday 28th February 2023. The Traveling Altar of Companionship has encouraged visiting and enhanced meetings throughout the Province since its inception in January 2017.

In recent years Wexham Park Chapter had unfortunately lost its Charter from Supreme Grand Chapter and had therefore subsequently applied for a Charter of Confirmation to replace the lost Charter. The Most Excellent Grand Superintendent was please to deliver the Charter of Confirmation which had been received by the Province from Supreme Grand Chapter to Wexham Park Chapter in a well thought out and informative ceremony.

The companions then witnessed a very good exaltation of Bro Charles Blake a member of Wexham Park Lodge No. 8171. MEZ, E Comp Gerald Lawton and Principal Sojourner Stephen Elstob were outstanding in their delivery of the ceremony, very enjoyable, well done!

Supreme Grand Chapter Certificates were presented to Companions Stephen Elstob and Jeff McCaffery by our Most Excellent Grand Superintendent in his inimitable and enlightening delivery, noting that it was the first time he had presented a Certificate to a Companion who had just carried out the Principal Sojourner's work with aplomb!

The Chapter has recently gained a number of joining members and more Exaltees are in the pipe line!

After the meeting the Companions dined together, good food, good wine, happy toasts, above ALL Good Companionship! 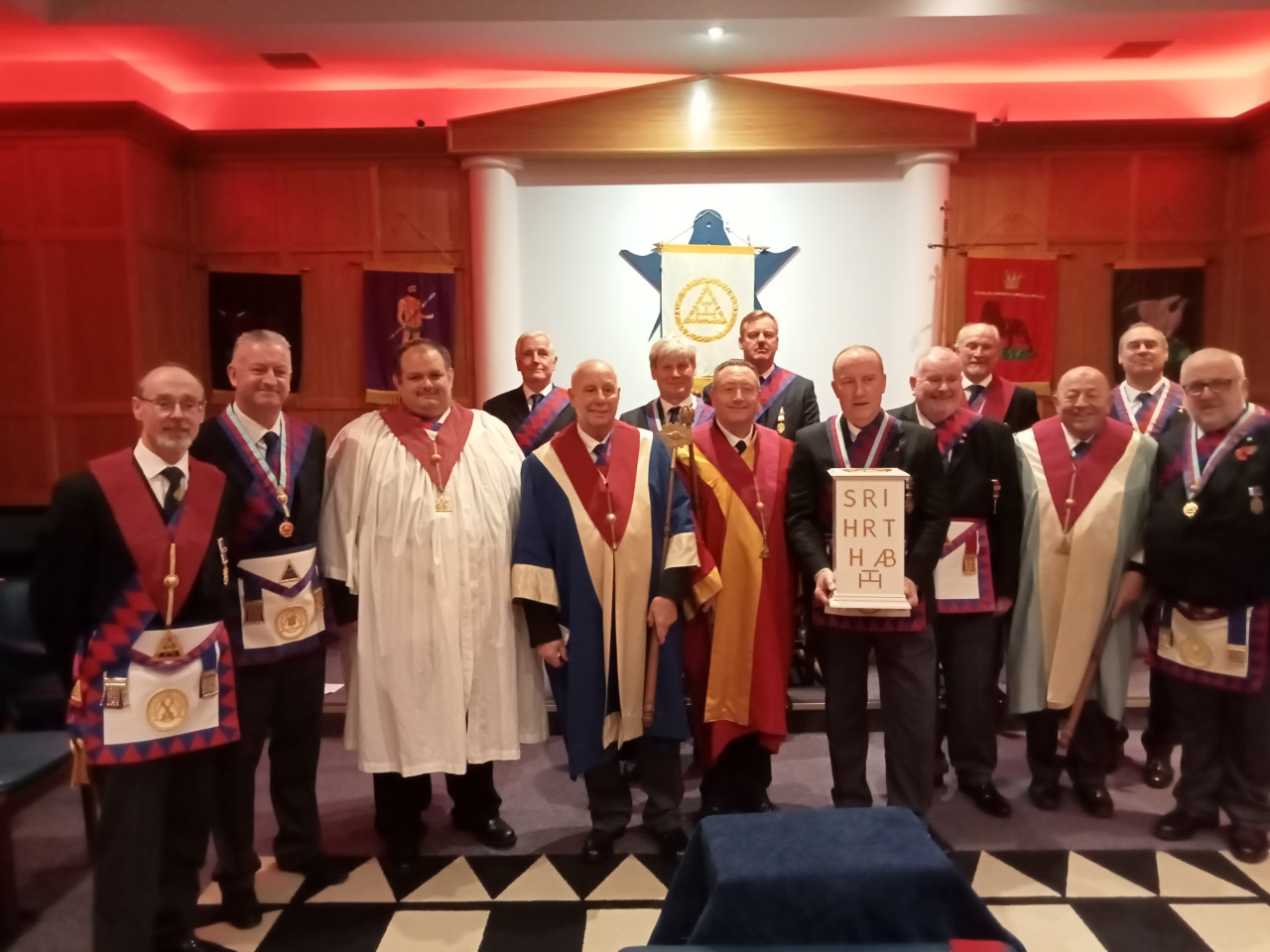