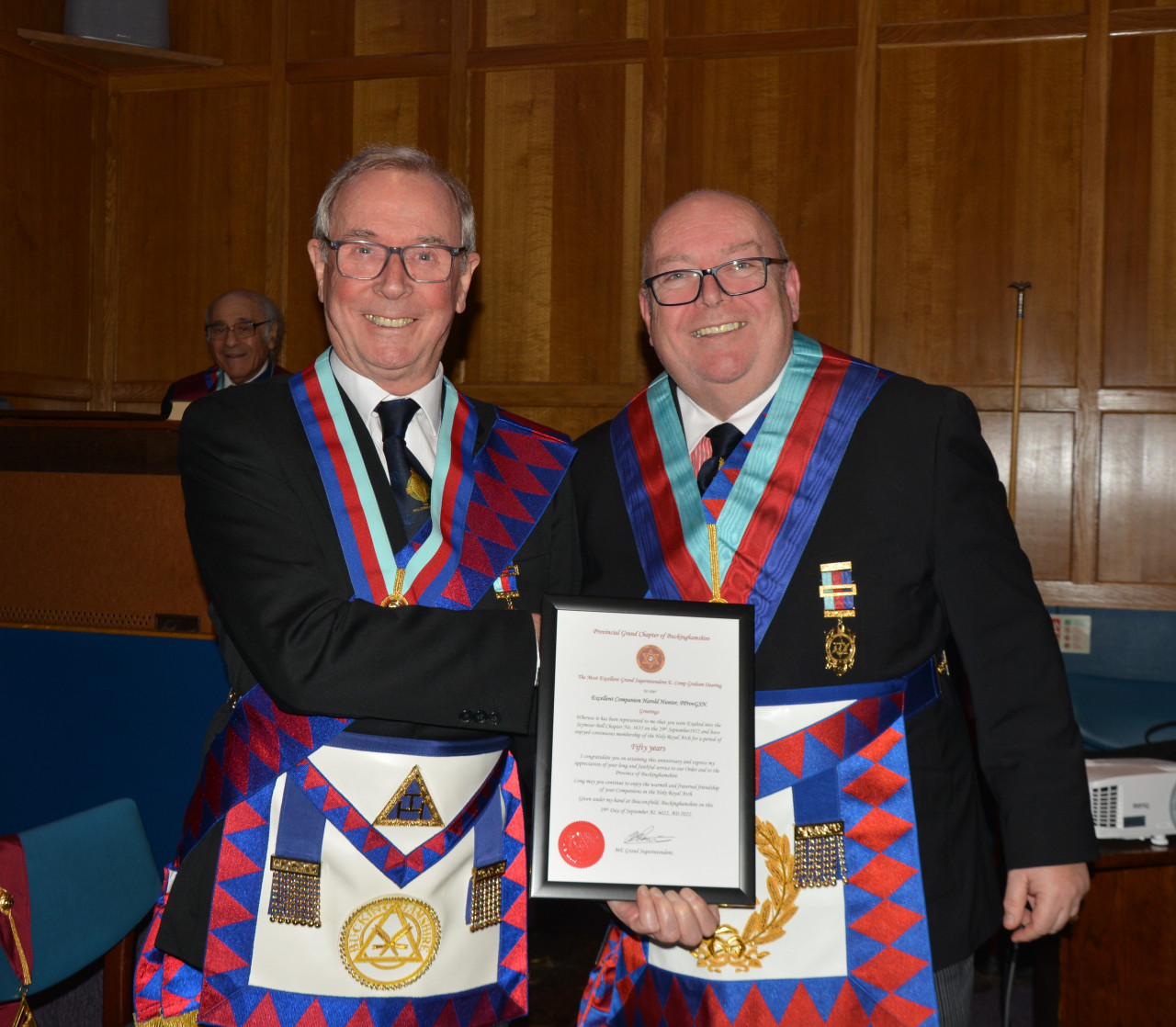 E. Comp Harry Hunter, a member of Marlow Chapter No. 2752 celebrated 50 years in the Royal Arch in September 2022. Harry was exalted into the Seymour Bell Chapter in Northumberland in 1972. Work brought him to Buckinghamshire. He joined Marlow Valley Chapter in 1995 and was a stalwart of the Chapter occupying all the Principal offices of the chapter. He was MEZ three times, in 2002, 2009 and again in 2019.

Marlow Valley chapter, alas could not be retained and so Harry joined Marlow Chapter, the mother chapter of Marlow Valley Chapter.

Harry was rewarded with the Acting office of Provincial Grand Scribe Nehemiah which he filled with distinction.

At the Buckinghamshire First Principals Chapter meeting on 13th March 2023, Harry was presented with his 50 years certificate by the ME Grand Superintendent, E. Comp Graham Dearing. Harry had absolutely no idea that this was going to happen and was left speechless. This presentation was witnessed by some 65 companions.

A fitting reward to a truly great Companion.

First Principals taken to the "Movies"
Buckingham Chapter Welcome George and 3 Joining Me...